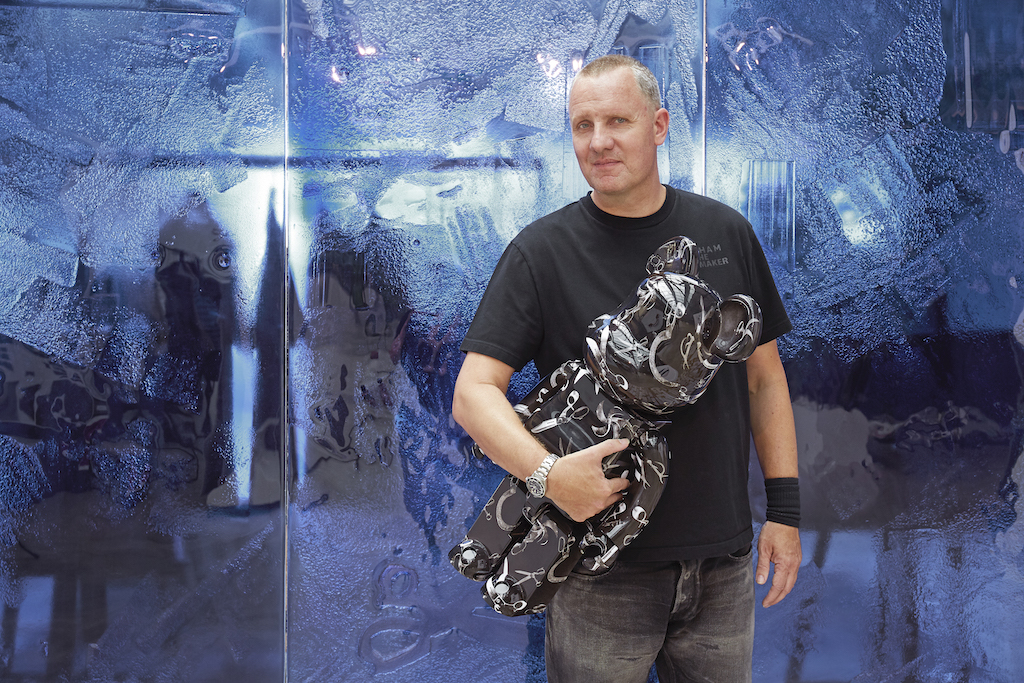 Jason is the founder of Denham, the world-famous jeans brand that is sold in more than 20 countries around the world. Although by now Jason is a true Amsterdammer, he grew up in Newcastle and studied ‘fashion design and business’ at the University of Manchester. In 1992 he won an internship and got a chance to design jeans for the band U2, which turned out to be a great opportunity. In 1996 Jason was hired by Pepe Jeans and together with that brand he relocated to Amsterdam. In Amsterdam he first founded Blue Blood at the beginning of the millennium and in 2008 he turned his family name into a brand; Denham was born.

I start the interview by asking Jason how he got into fashion. He explains that he was the kind of teenager who would visit thrift stores and cut up clothes to redesign them into something new. Around that time he also discovered denim as an interesting fabric. He chose the University of Manchester for his formal fashion training, because it also taught the business side of fashion. He explains that he always had an interest for marketing and believed products need a story to tell.

One of Jason’s role models was Paul Smith and he shares a wonderful anecdote of how he visited Paul’s office on Floral Street, London, when he was only 17. Though he didn’t have an appointment, Smith offered him a coffee and shared some valuable lessons. The one lesson Jason still carries with him is: ‘Be the master of one thing, before you try everything’. It helped him to focus on denim and build his career on top of it. Denim is still at the heart of everything he does.

After an internship, during which he got a chance to design clothes for U2’s Zooropa tour, he got a job at the only jeans brand in London: Pepe Jeans. It was led by a Dutchman, which was one of the reasons why it moved to Amsterdam at the end of the 90s. Jason came along. At the beginning, his move to Amsterdam was a bit of a culture shock, Jason explains. But it also made him the designer he is today. One of the most important influences is that the Dutch, as Jason puts it, understand jeans so well.

After Pepe Jeans, Jason became a ‘denim doctor’ and started Clinic. He was hired by the big fashion brands as a denim expert. But when he found out that he was always solving someone else’s problems, he decided to create his own problems. He started his own jeans brand Blue Blood, because people always told him he had blue blood running through his veins. This was the stepping stone to Denham. He could apply the lessons he learned at Blue Blood to his new brand and not make the same mistakes. One of the more important learnings was to collect investors and expertise around him.

Another topic we talk about elaborately is Japan. The first time he visits the country with Pepe Jeans, he is blown away by the culture. It has been a huge inspiration for him. And it still is. He goes there several times a year and want his brand to be: East meets West. That’s why it is no coincidence that Japan is Denham’s biggest market in the world.

Jason also speaks about ‘The truth is in the details’, the brand essence of Denham. He uses this principle in everything that is done in and around the product. Also, for example, things like e-commerce and sustainability. Jason continues to explain to me why jeans are not, as I initially believed, hard to make in a sustainable way. “That’s a myth” he passionately tells me. In many ways Denham jeans are actually quite sustainable (it’s a durable product, they are made in a sustainable way in Italy, Denham repairs them for free and up/recycles).

We also talk about Denham being a premium brand, about innovation, and about the future of Denham. About having to be an asshole when you are a CEO, about being a CEO versus being the Chief Creative Officer and about collecting the best people around you, so that you have the freedom to do what you love most. You can enjoy the entire interview below. And a summary-article (in Dutch) is also published in Adformatie.