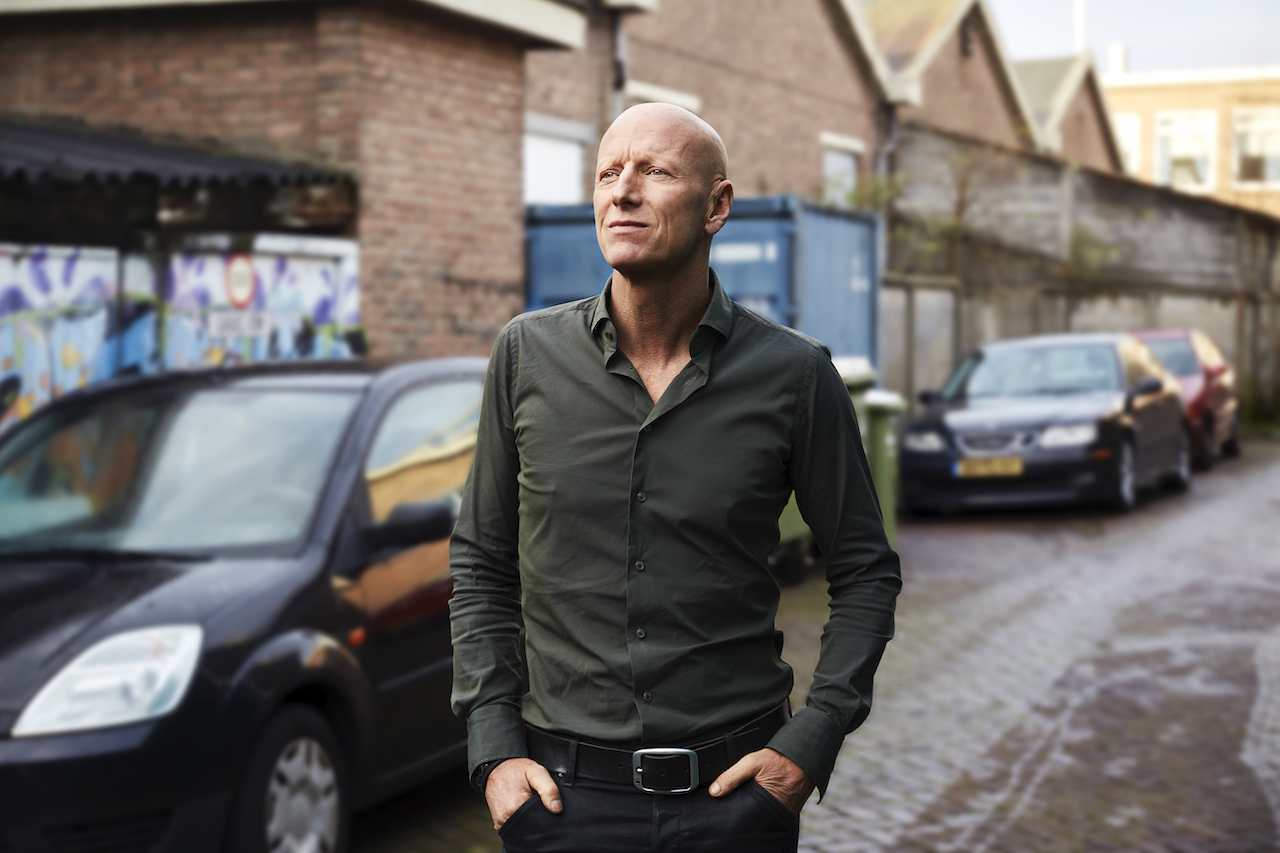 Jimmy Nelson is a world-famous photographic artist, known for his stunning portraits of indigenous communities, presented in their traditional dress, around the world. He spent a large part of his youth at boarding school in England, because his dad worked for Shell. This had quite an impact on his life. When he was 17 he broke free and, inspired by TinTin, went to Tibet for 2 years. You could say that the Tibetan people were his very first photo object. He sold the pictures he took to a magazine, and from then on was a photographer. In 2010 he started traveling around the world to put indigenous people in front of his lens and three years later the book Before They Pass Away was there. It has sold over 260,000 copies so far. Last year his second book came out; Homage to Humanity. And he is now in the process of creating his third book.

We start the conversation about a tough time in Jimmy’s life, when he was seven and went to boarding school. It was in the Northern part of UK, close to the border of Schotland, and there were 1000 students and 400 jesuit priests. From living in the jungle of Africa as a ‘Mowgli’ he was now living in a world where “priests had access to the young little boys with tight shorts”. He lived in utter fear and it was obviously a very unhappy time.

The second sad event in Jimmy’s younger years, was when he was 16 and caught cerebral malaria when visiting his parents in Sierra Leone. Due to an enormous amount of stress and the wrong medicine, he turned bolt overnight. This is also shaped him, since suddenly his peers looked at him differently. He became really isolated. But, optimistic as Jimmy is, he now describes it as something magical, because it pushed him onto a path of daring, no fear and jumping into life. So, when he was 17 he ran away.

Though his creativity was not really stimulated when he was young, the adventures of TinTin, which he read at boarding school, inspired him to go to Tibet. For half a year he worked at a building site mixing cement, earned a ticket and disappeared for two years. There, among the monks, for the first time he felt accepted again for who he was, since he lost his hair. Their culture, Jimmy explains, brought me back to life. He recorded them with his little Russian camera and four rolls of Kodak Color Gold. Merely to remember them. But it proved a crucial moment, because when he was back in London, he was able to sell them to a magazine. And the rest is history, you could say.

We then talk about his first years as a war photographer. He explains that he didn’t see himself as a journalist, because he had no authority, nor an education. To him, it was a way to live in close proximity of people who were suffering. It was a way to numb the pain that he was still in, that he still hadn’t completely resolved. So he wanted to be with someone who was suffering even more than him. He went to Afghanistan, Somalia, Central America, and Yugoslavia.

When I ask him if he became a better photographer at that point, Jimmy explains that he has a spacial awareness and understands light, but the most important skill he learned was to tell a story through his camera.

Jimmy then talks about the moment he quit seeking danger. It was when he met his wife – now ex-wife – in Greece. She told him he would probably die, if he’d continue like this. She was Dutch, so that’s when he moved to Amsterdam and started a family. He then started working in advertising and humbly explains that he wasn’t necessarily a good photographer (he didn’t believe it or feel it), but he knew how to produce a good story – with Jimmy the shoot would always be an adventure.

And then we’re just half way the interview.

We also talk about how he started to commit full time to what he believed in; “communicating with and seeing other human beings”. So that’s when the journey started led to his famous photo books of indigenous communities. We talk about how he connects with them, about the humour of Mr Bean, about the moment supreme of taking the indigenous portraits (after weeks of preparation), about the need for an ago to become successful, about the meaning of success, about the initial difficulty of selling his book concept to a publisher in 2013, about the wonderful TEDxAmsterdam talk (see embed above), about his custom-made camera, and many more things.

You can listen to the entire interview in the Soundcloud-embed below or through your favourite podcast platform (among others, the icons at the bottom). Or you can read a summary (in Dutch) in this month’s Adformatie.